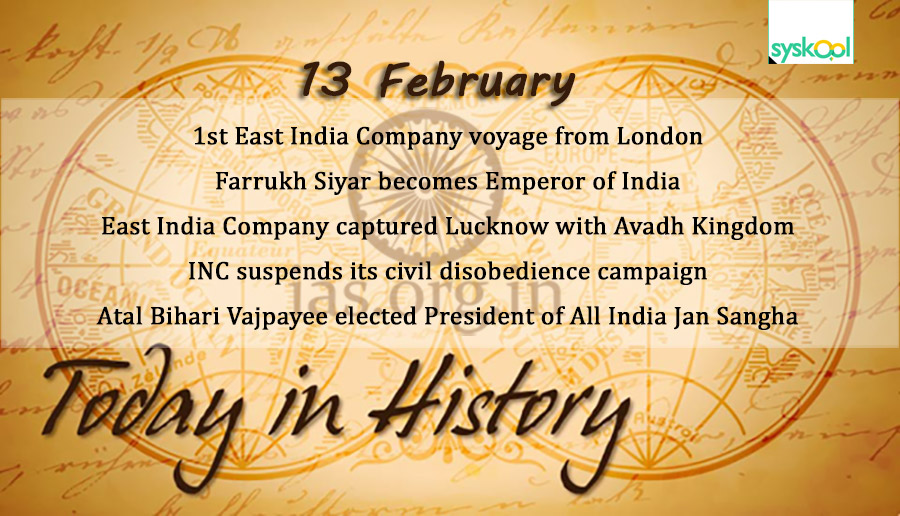 Sultan Jahandar Shah was strangled to death. Farrukhsiyar captured the throne of Delhi from Jahandar Shah with the assistance of two Sayyid brothers.

Sarojini Naidu “Nightingale of India”, was born at Hyderabad. She was the first Governor of Uttar Pradesh. She also holds a place of pride among the women freedom fighters of India. She presided over the Kanpur session of Indian National Congress and took active part in Salt Satyagraha and represented Indian women in Round Table Conference, London, 1931.

The Indian National Congress suspends its civil disobedience campaign in the face of mounting violence.