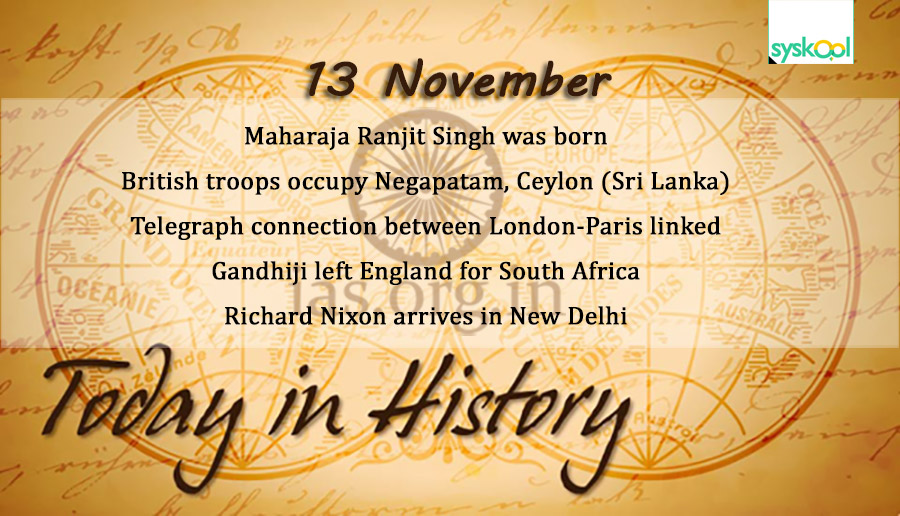 Battle at Turnham Green outside London: King Charles I vs English parliament.

War Secretary Brodrick claimed that Boers were killing natives in large numbers. He intended to withdraw troops from India to fight in S. Africa at London.

Richard Nixon, the US Vice President, arrives in New Delhi.

The Supreme Court in an unanimous 65-page verdict declares that patients who received deficient services from the medical profession and hospitals were entitled to claim damages under the Consumer Protection Act, 1986.

Tendulkar blazes as India wins the Coca Cola Cup at Sharjah beating Zimbabwe in the final.

Eminem releases single ‘Lose Yourself’ from soundtrack of 8 Mile, 1st rap song to win Academy Award Best Original Song. Hip Hop artist Eminem aka Marshall Mathers is the best selling music artist of the 2000s. Known for his dark subject matter, alter egos, comic style and rhyming ability. He is the winner of 13 Grammys, including “The Slim Shady LP” and “The Marshall Mathers LP”.