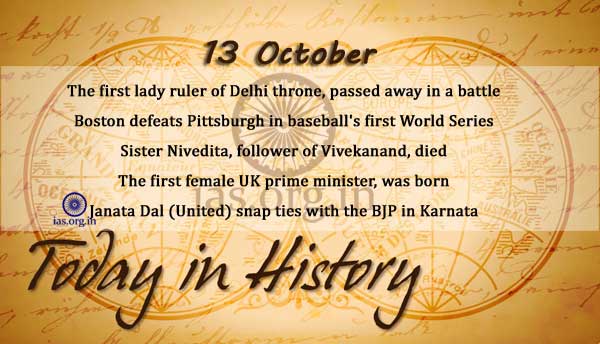 Radiya Sultan, first lady ruler of Delhi throne, passed away in a battle.

Virginia passes a law that blacks arriving in the colonies as Christians cannot be used as slaves.

A treaty was singed between the Britishers and ruler of Gwalior, Scindia.

President George Washington lays the cornerstone for the White House.

The California state constitution, which prohibits slavery, is signed in Monterey.

Sigmund Freud’s The Interpretation of Dreams was published.

Janata Dal (United) snap ties with the BJP in Karnataka.