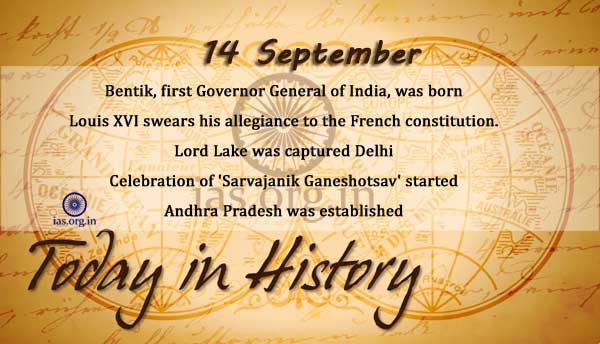 Zangi of the Near East is murdered. The Sultan Nur ad-Din, his son, pursues the conquest of Edessa.

Louis XVI swears his allegiance to the French constitution.

The Allies land at Eupatoria on the west coast of Crimea.

Hindi declared the national language by the Constituent Assembly after a three-day debate.

Andhra Pradesh was established. Hyderabad became the capital instead of Karnul.

US announces plan to give India $1.3 million to buy contraceptives.