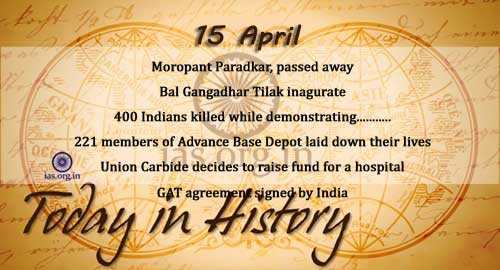 The Kangla Tongbi war memorial was built for 221 members of Advance Base Depot, who laid down their lives to repulse several waves of Japanese attacks, was erected near a village named Kangla Tongbi at Mile 8 on the Imphal – Dimapur road. It was originally erected from local stone and the main epitaph displayed above is of black Naga stone.

Purushottamdas Tandon was honoured with the title of ‘Rajashri’ at a huge rally by Devaraha Baba.

Union Carbide decided to sell its holding in India to raise  upto $ 17 million for a hospital in Bhopal.