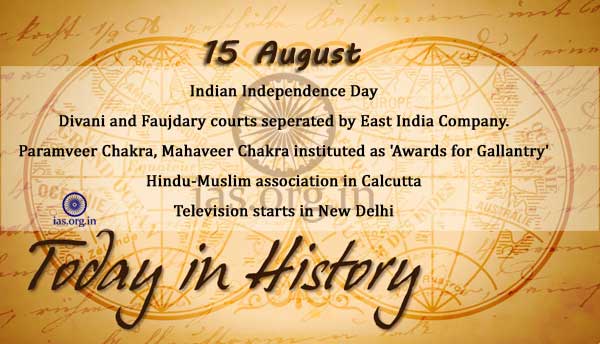 India gains independence from the British rule and Pakistan emerges as a separate Islamic nation. Around 600,000 die in clashes during the subsequent population exchange of 14 million people between the two new countries.

At the stroke of midnight, India is free after 163 years of British Raj. At the same time Muslims win a degree of freedom from Hindus. They have their own separate dominion Pakistan in the British Commonwealth Sect.

Brigadier Thakur Mahadeo Singh was the first Indian Commandant. He was the DSO of Indian Militery Academy.

Satyagrah started for the freedom of Goa.