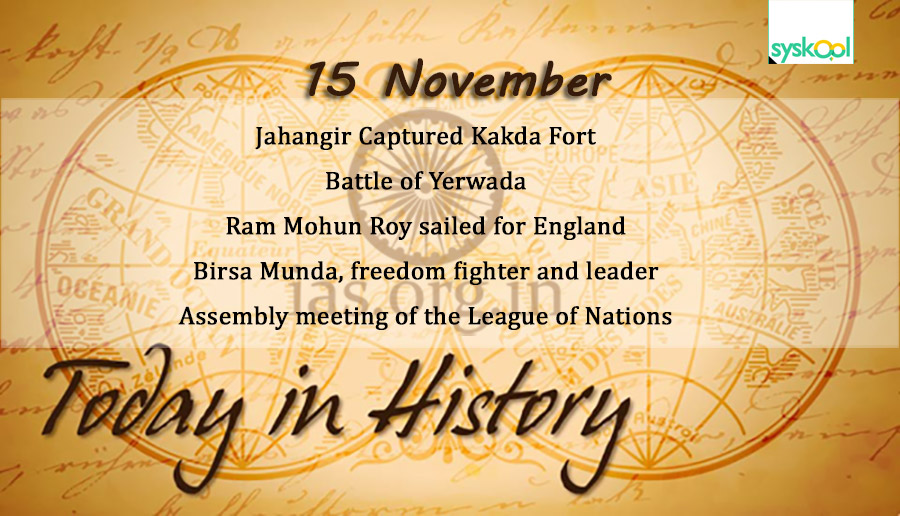 Ram Mohun Roy sailed for England. He was the first Indian Brahmin (then ‘Brahmo’) to go to England.

Ravindranath Tagore (1861-1941), received the message that he was awarded with Noble Prize in literature for his collection of poems ‘Gitanjali’ . He was the first Indian to be awarded with Nobel Prize. (13 or 15)

Assembly meeting of the League of Nations.

Dalai Lama agreed for less then independent country to save the cultural heritage of Tibet.

Test debut of Sachin Tendulkar and Waqar Yunus at Karachi.