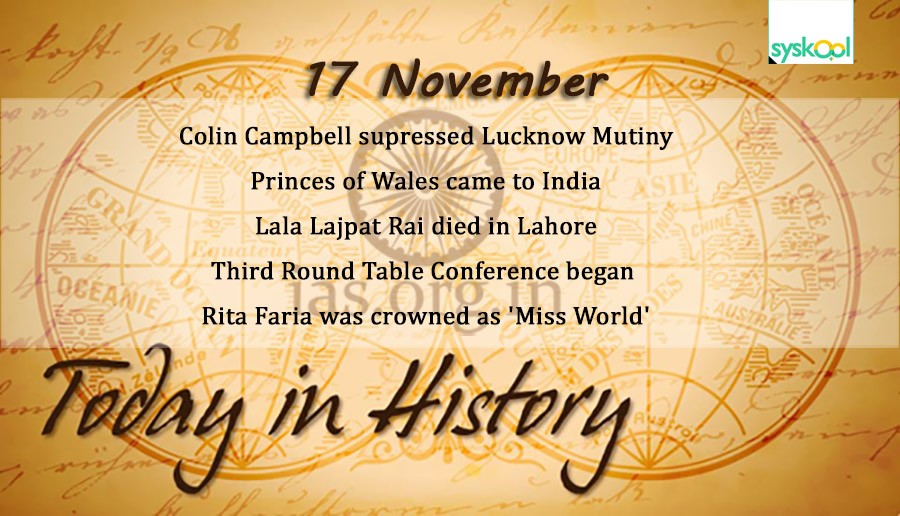 James Todd, researcher and writer of Rajput history, passed away.

Princes of Wales came to India.

Lala Lajpat Rai died in Lahore after being seriously wounded in the barbarous lathi charge of 30th October. He is referred as the “”Lion of Punjab”” or “”Punjab Kesari”” and is remembered as freedom fighter, nationalist, educationist, lawyer, thinker, writer, social reformer, orator and a passionate fighter for the revival of the ancient Indian culture.

The Third Round Table Conference began in London. It was not attended by the Congress as the real Indian participation in the making of the constitution was negligible. Since Gandhi was in prison because of his civil disobedience movement he could not attend it either. This conference ended on 24th November 1932 without achieving anything.

India’s beauty queen Rita Faria was crowned as ‘Miss World’ in World Beauty contest held in London. She was a medical student.