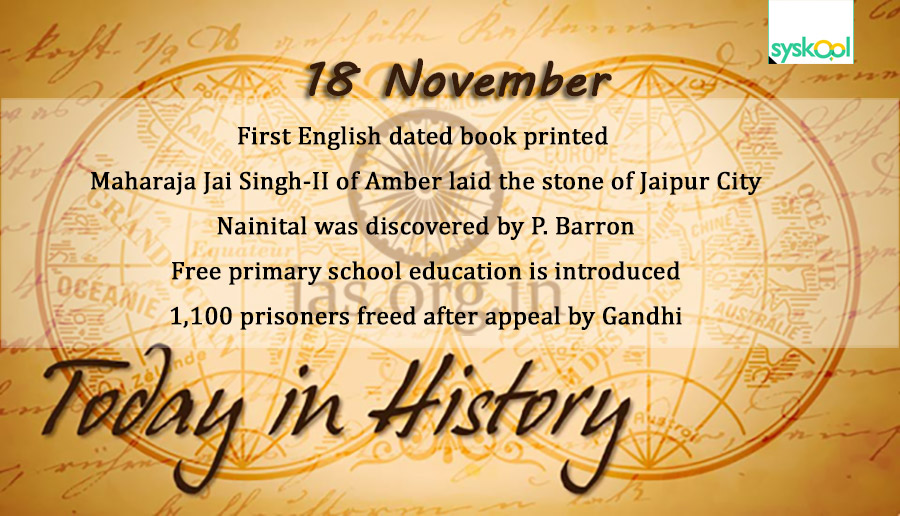 Maharaja Jai Singh-II of Amber laid the stone of Jaipur City. Vidyadhar Chakravarty of Bengal was the architect of the first planned city in India.

Madhav Rao Peshwa (the 4th peshwa ruler) died at the age of 28. Narayanrao succeeded him.

Nainital was discovered by P. Barron, an European sugar merchant and an enthusiastic hunter from Rosa, near Shahjahanpur.

1,100 prisoners freed after appeal by Gandhi, his first political act in year.