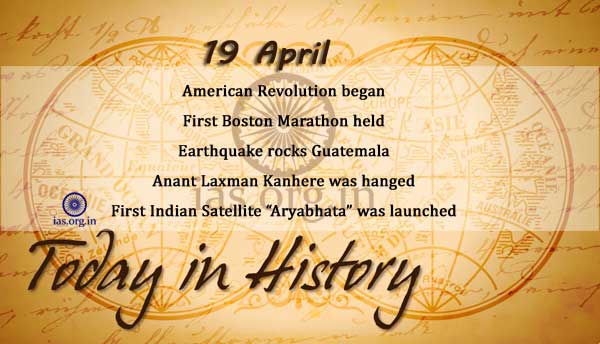 Buhlul Khan Lodi, an Afghan of Lodi tribe, marched down upon Delhi.

The last and most powerful of a series of earthquakes rocked Western Guatemala on this day in 1902. More than 2,000 people were killed and 50,000 left homeless by the destruction. The quakes struck the Quezaltenago area in southwestern Guatemala beginning the previous evening.

Shyama Prasad Mukherji resigned. He was the first Minister of Central Cabinet.

AIDS deleted from the list of contagious diseases in the Railway Act of 1989.

Kottayam in Kerala becomes the first district in India to complete computerisation of the talluk offices connecting them with the district headquarters.