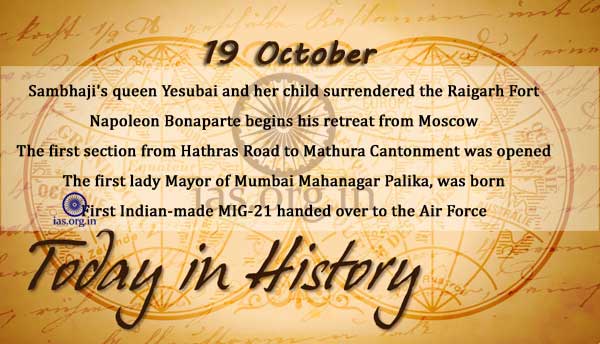 King John of England dies at Newark and is succeeded by his nine-year-old son Henry.

Sambhaji’s queen Yesubai and her child surrendered the Raigarh Fort to the Mughals.

Members of the Council and the Judge of Supreme Court of England came to improve the management in India.

The first section from Hathras Road to Mathura Cantonment was opened to traffic.

The People’s Republic of China is formally proclaimed.

The North Korean capital of Pyongyang is captured by U.N. troops.

Mother Teresa is beatified by Pope John Paul II for her work among “the poorest of the poor” in India.