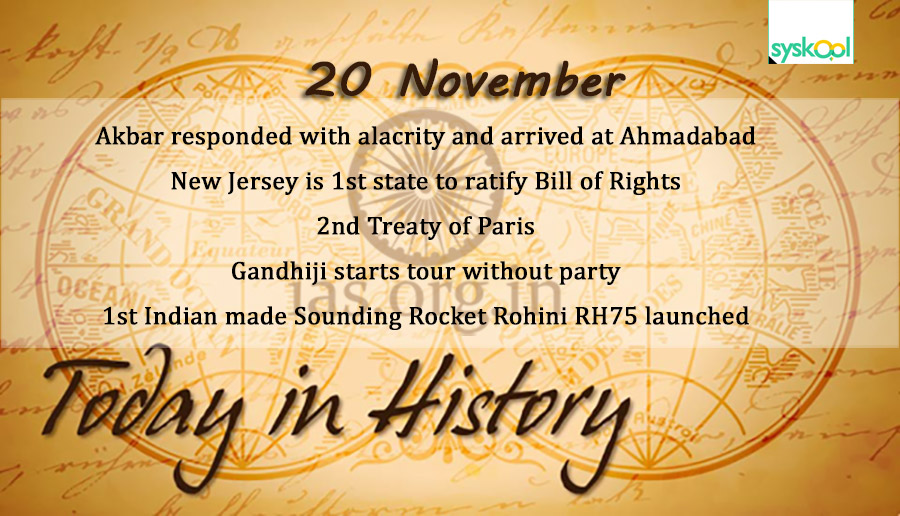 Akbar responded with alacrity and arrived at Ahmadabad and made adequate arrangements for its administration.

New Jersey is 1st state to ratify Bill of Rights

Russia, Prussia, Austria and England signs Alliance “for the maintenance of peace in Europe” same day as Treaty of Paris.

Gandhiji returned to South Africa at the request of the Indian community and revived the Indians against Anti-Asian Laws.

The Union Home Ministry decides to reserve posts for SC\STs in the public sector undertakings.