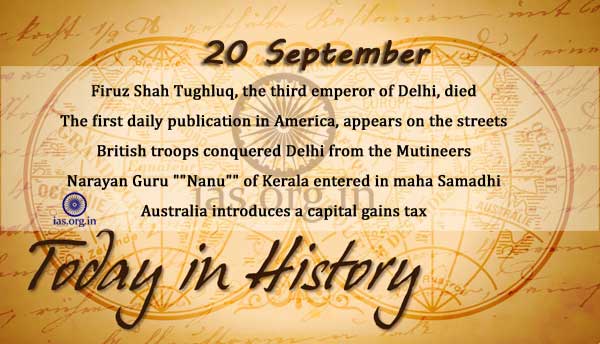 Firuz Shah Tughluq, the third emperor of Delhi, died at the age of 83.

Packet and Daily, the first daily publication in America, appears on the streets.

The slave trade is abolished in the District of Columbia.

Hindu’, an English weekly in Madras with G.S. Aiyer as its Editor, was first published with only 80 copies.