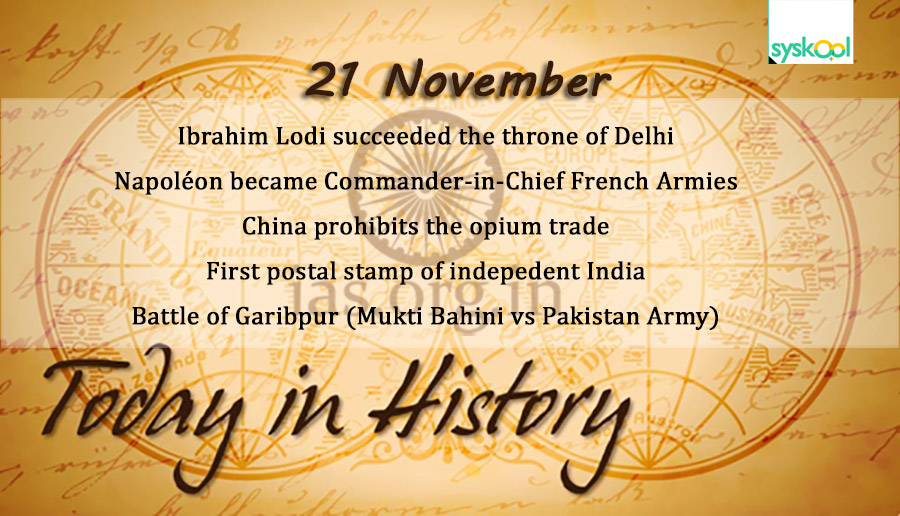 Ibrahim Lodi (1517-26) succeeded the throne of Delhi, after the death of his father Sikandar Lodi.

Colonel Napoléon Bonaparte is promoted to General and appointed Commander-in-Chief of the Armies of the French Republic.

Russia’s Tsar Alexander I petitions for a Jewish state in Palestine.