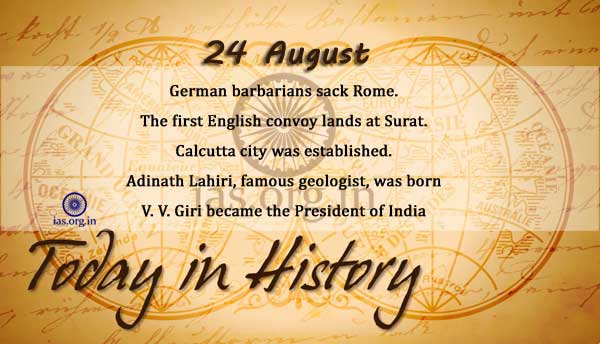 Thomas Edison files a patent for the motion picture camera.

Congress passes the first graduated income tax law, which is declared unconstitutional the next year.

Congress outlaws the Communist Party in the United States.

The Calcutta Municipal Corporation celebrated the 310th birth anniversary of the city. A web portal on Calcutta was also launched on this occasion.