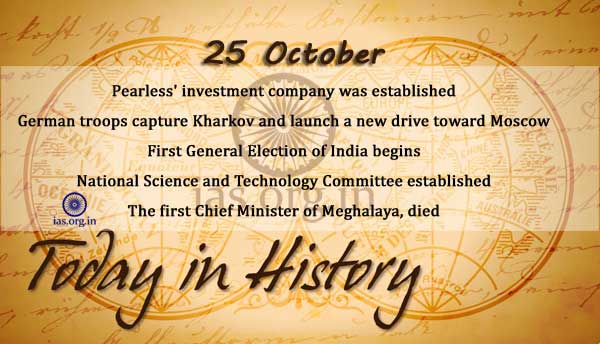 During the Crimean War, a brigade of British light infantry is destroyed by Russian artillery as they charge down a narrow corridor in full view of the Russians.

First indigenous tank was manufactured in Awdi factory and was named ‘Vijayant’.

Technical Cell constituteded with a view to promote the use of official language Hindi on mechanical or electronic devices.

Terrorist bombings in Baghdad kill over 150 and wound over 700.