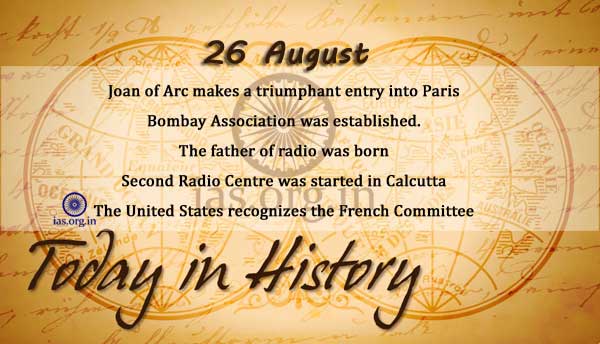 Joan of Arc makes a triumphant entry into Paris.

The 19th Amendment to the Constitution is officially ratified, giving women the right to vote.

The United States recognizes the French Committee of National Liberation.

Nawab of Bhopal announced accession of the Bhopal state to the Indian Dominion.

Sigmund Jähn becomes first German to fly in space, on board Soviet Soyuz 31.

An Indian Airlines Boeing with 68 passengers and a crew of six hijacked to Lahore.