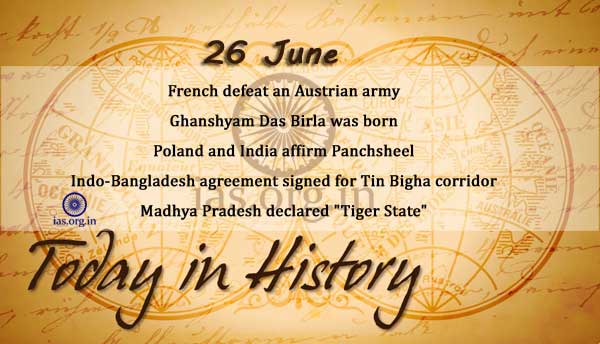 The Seljuk Turkish army in Asia Minor is wiped out by the Mongols.

The French defeat an Austrian army at the Battle of Fleurus.

The Grumman F6F Hellcat fighter flies for the first time.

The Tin Bigha corridor leased to Bangladesh as per the Indo-Bangladesh agreement.

Madhya Pradesh declared “Tiger State” as it homes one sixth of the world’s tiger pop.

India declares its chemical weapon stockpiles and storage facilities as part of its obligations as signatory to the Chemical Weapons Convention.