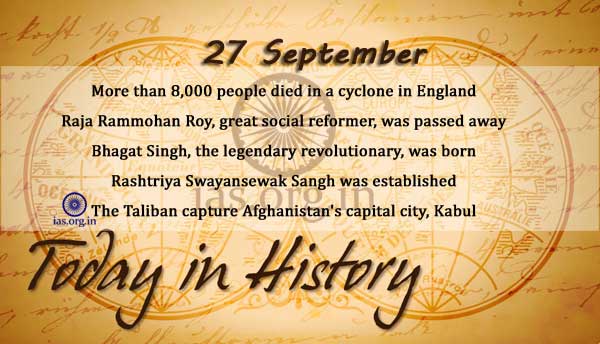 More than 8,000 people died in a cyclone in England.

Mir Zafar was deposed and his son-in-law Mir Kasim became the Nawab of Bengal. He ruled till July 7, 1763.

Bhagat Singh, the legendary revolutionary, was born at Banga in West Punjab, Layalpur now in Pakistan.

Mihir Sen became the first Indian to swim across the British Channel.

Cellular phone service operates for the first time in Delhi.