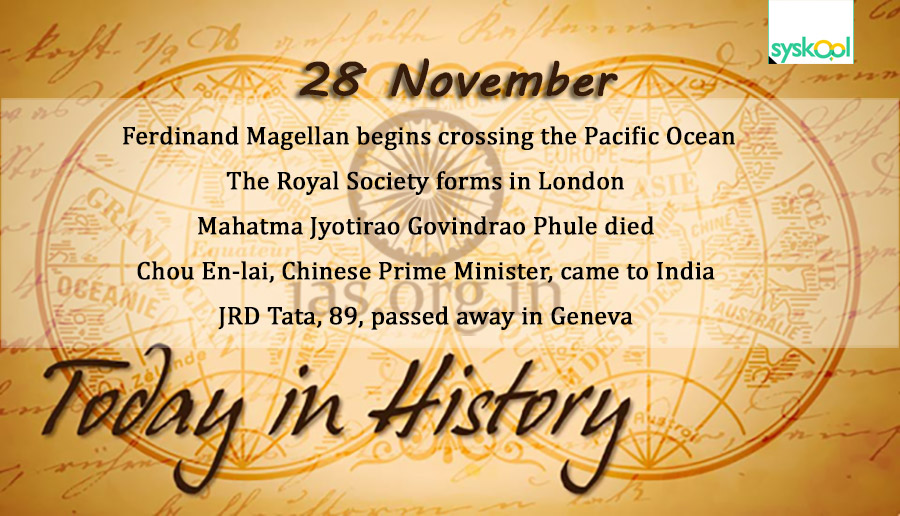 The Royal Society forms in London

Mahatma Jyotirao Govindrao Phule died. He led a selfless life devoted to the upliftment of the lower classes of the Hindu society. He also started school for girls and for downtroddens and untouchables. He was assissted in education field by his wide Savitri Bai.

Women vote in a national election for the first time, in the New Zealand general election