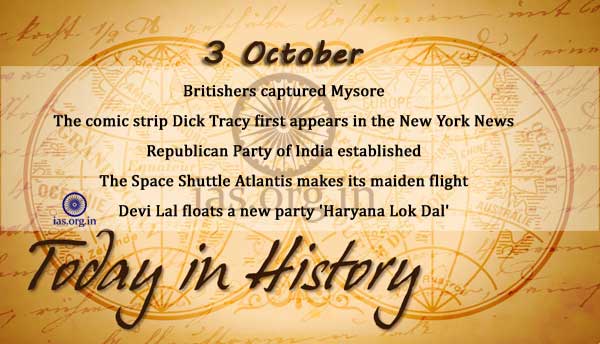 At the Battle of Corinth, in Mississippi, a Union army defeats the Confederates.

The first conference on wireless telegraphy in Berlin adopts SOS as warning signal.

Dr. Subhas Mukhopadhyay claimed the credit of India’s first and the birth of world’s second test-tube baby Durga Agrawal, who was born in Belle Vue Nursing Home in Calcutta.

After 40 years of division, East and West Germany are reunited as one nation.

India and Russia sign a declaration on strategic partnership.