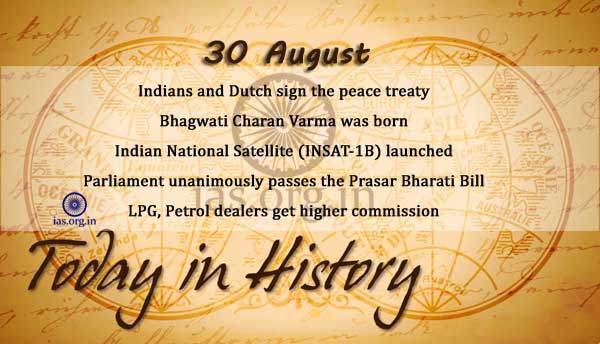 Salim Mirza Jahangir, fourth Mughal Emperor and son of Akbar, was born at Fetehpur Sikri. (30 or 31).

Rosa de Lima of Peru becomes the first American saint to be canonized.

The first British tramway is inaugurated at Birkenhead by an American, George Francis Train.

Jawaharlal Nehru lays his plans for a free India and becomes president of Congress Party in 1929.