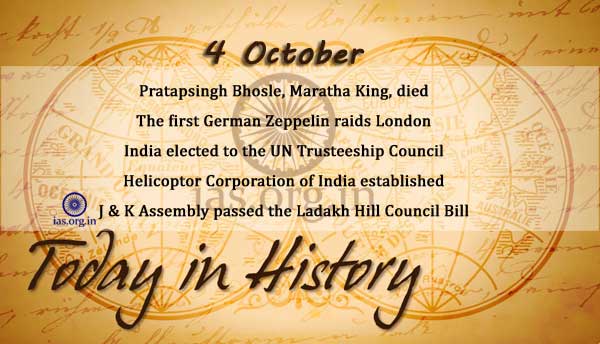 General Napoleon Bonaparte leads the rout of counterrevolutionaries in the streets of Paris, beginning his rise to power.

US captures the Solomon Islands in the Pacific.

Kashmir has been the cause of tensions between India and Pakistan and foreign interference should be stopped,” said Russian President Vladimir Putin at the joint session of both the Houses of Parliament.