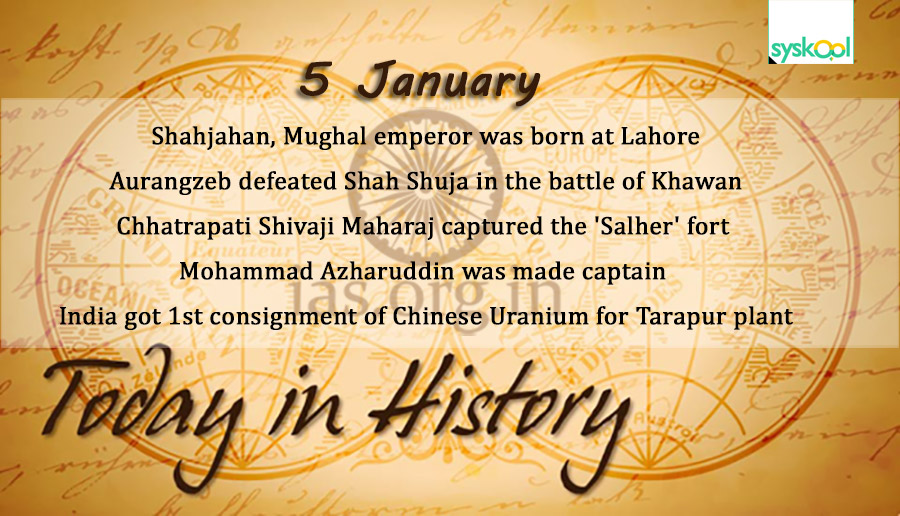 Shahjahan, Mughal emperor of India, was born at Lahore.

Aurangzeb defeated Shah Shuja in the battle of Khawan near Allahabad.

The government of India accepts the administrative reforms commission’s recommendation to appoint a Lok Pal.

Rajiv Gandhi promises to solve the Punjab problem without yielding to ‘separatist ideologies.

Mohammad Azharuddin was made captain of Indian cricket team.

Jnanpith Award was given to U. R. Anantha Murthy (Kannada) and Oriya Poet Sitakant Mahapatra.

Tamil Nadu Assembly passes two bills making the Chief Minister, the Chancellor of all universities instead of the Governor.

India receives first consignment of Chinese Low Enriched Uranium (LEU) for the 2 US built Tarapur nuclear plant with the approval of IAEA.