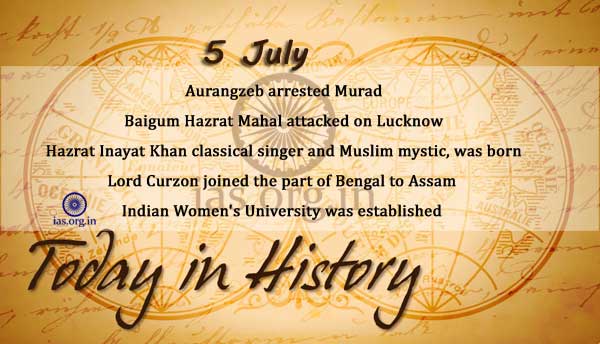 Hazrat Inayat Khan (1882-1927), classical singer and Muslim mystic, was born. He was instrumental in bringing Sufism to the music.

Lord Curzon joined the part of Bengal to Assam and divided Bengal.

Indian Act, 1947 was presented in British Parliament, which was then accepted by the emperor on 18th July.

Naval Submarine wing in Indian Naval Force came into existence with the arrival of the first submarine from the Soviet Union.

Supreme Court dismisses the stay petition of Union Government regarding lifting of ban on the RSS and the Bajrang Dal by the Babri Tribunal.