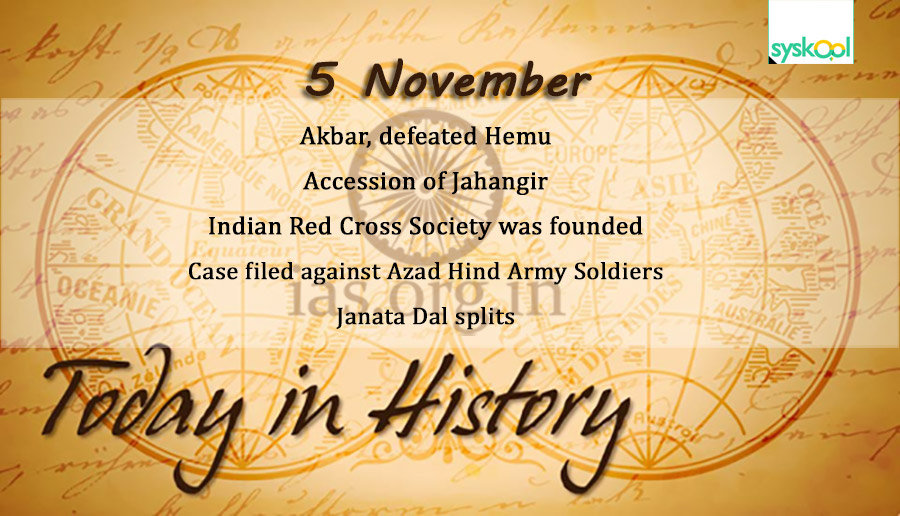 Mughals, under the leadership of Akbar, defeated Hindu ruler Hemu in the second battle of Panipat.

The accession of Jahangir.

Chittaranjan Das, freedom fighter, the famous lawyer, and orator was born in Calcutta.

Indian Red Cross Society was founded in India under Bengal Act VIII. St.John Ambulance Association is a wing of this society which directed Improvement of Health, Prevention of Diseases and Mitigation of Suffering activities.

A case was filed against the Azad Hind Army Soldiers at Red Fort in Delhi.

Pandit Jawaharlal Nehru arrived in New York. This was the first occasion when an Indian Prime Minister went to the United States.

Lok Sabha votes to extend its own life by another year.