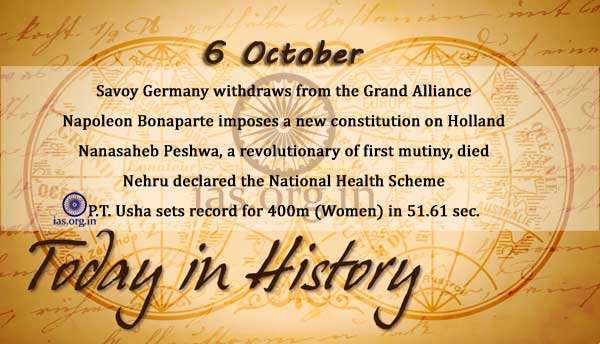 Elphinston, historian and administrator of Mumbai province, was born.

Indian Penal Code was notified. However, it was implemented from 1st January 1862.

First Indian Cinematograph Enquiry Committee, under the chairmanship of Diwan Bahadur T. Rangachariar, was appointed by the Government.

Nehru declared the National Health Scheme for the entire country.

Fiji becomes a republic independent of the British Commonwealth.

I. K. Gujral, PM, begins visit to South Africa, which was the first ever by an Indian Prime Minister.