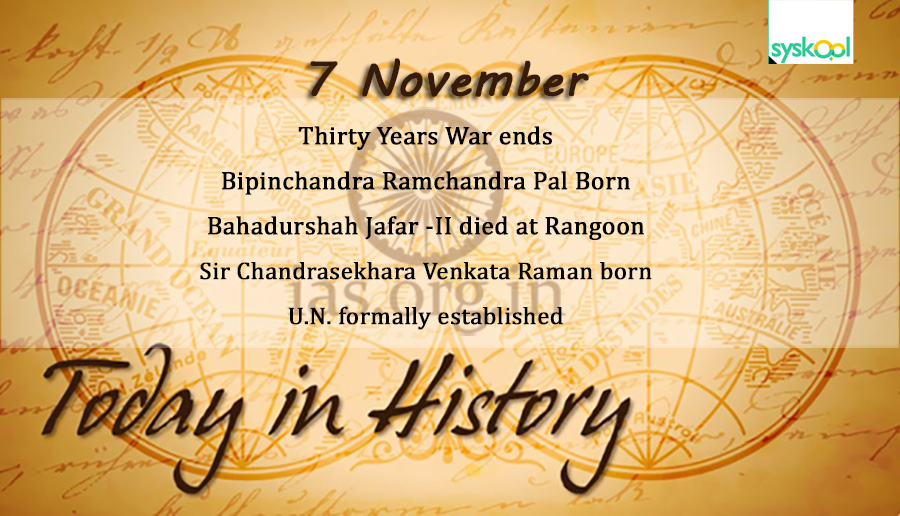 Bipinchandra Ramchandra Pal, a powerful revolutionary, and a journalist were born in a place called Silhat (now in Bangladesh). He was among the trio which was known as Lal – Bal – Pal during the freedom struggle. He started a newspaper called Swaraj for the Indians in England. He also edited several other newspapers like Tribune, New India, Vande Mataram, Swaraj, Hindu Review etc.

Sir Chandrasekhara Venkata Raman, the Indian physicist, was born in Tiruchirapalli, South India. His work was influential in the growth of science in India. He was the recipient of the 1930 Nobel Prize in Physics for the 1928 discovery now called ‘Raman scattering’ – a change in frequency observed when light is scattered in a transparent material. When monochromatic or laser light is passed through a transparent gas, liquid, or solid and is observed with the spectroscope, the normal spectral line has associated with it lines of longer and of shorter wavelength called the Raman spectrum. Thus the Raman effect is applied in spectrographic chemical analysis and in the determination of molecular structure.