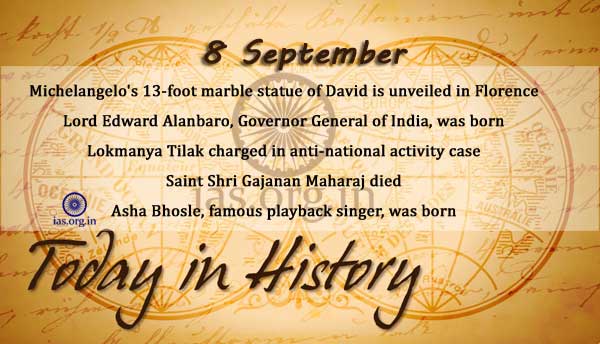 The Dutch colony of New Amsterdam surrenders to the British fleet that sails into its harbor. Five years later, the British change the name to New York.

A French column surrenders at Sidi Brahim in the Algerian War.

Germany is admitted into the League of Nations.

There was little time to celebrate independence in India and Pakistan as large parts of the dominions were paralyzed with fear. Mobs ran wild as Muslims and Hindus battled to death and turned streets into rivers of blood.

The office of Controller of Military Accounts (Pensions) was re-designated as CDA(P), Allahabad.

The Copyright bill was signed during the first world convention by 35 nations including India at Geneva.

Feroz Gandhi, a prominent member of the Lok Sabha,died in New Delhi.

English chosen as the official language of Dravidian University which was set up at Kuppam (Andhra Pradesh) jointly by the southern states.