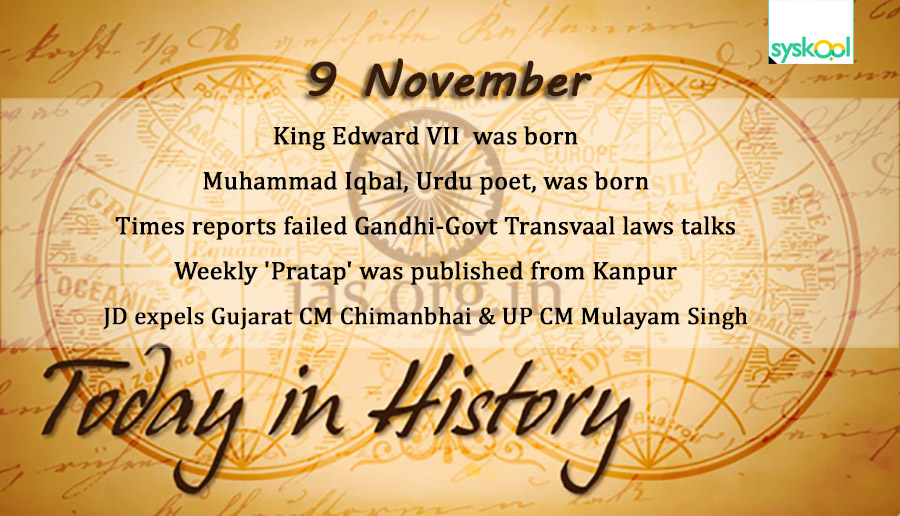 The Times reports the failure of Gandhi Government negotiations on Transvaal laws.

Weekly ‘Pratap’ was published from Kanpur which was edited by Ganesh Shankar Vidyarthi.

Nazis launch Kristallnacht,  a campaign of terror against Jewish people and their homes and businesses in Germany and Austria. The violence, which continued through November 10 and was later dubbed “Kristallnacht” or “Night of Broken Glass”.

Vishwanath Pratap Singh resigned from the post of Prime Minister of India after losing the Vote of Confidence moved against him.