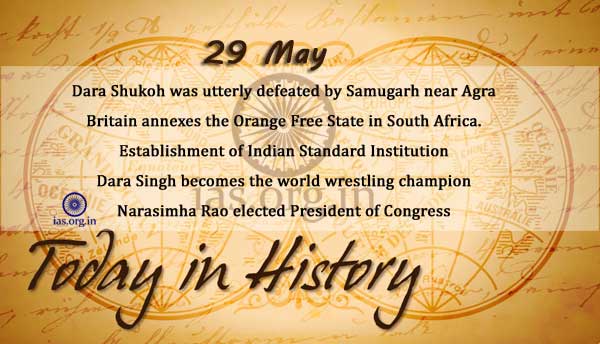 A solar eclipse interrupts a battle outside of Sardis in western Turkey between Medes and Lydians. The battle ends in a draw.

Dara Shukoh was utterly defeated by Aurangzeb in the battle of Samugarh near Agra.

Congress authorizes Indian removal from all states to the western Prairie

Gandhi ends his 21-day fast, his second for the cause of the ‘untouchables.

Agni-India’s IRB missile successfully test-fired from Orissa coast for the first time since May 22, 1989.

Today in History -27 May

Today in History -25 May