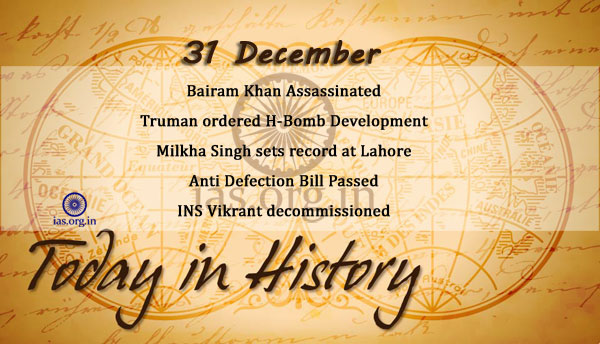 Akbar’s Vajir-E-Ajam ‘Bairam Khan’ was assassinated at Patan, Gujarat by an Afghan assassin Mubarak Khan Lohani ( whose father was slain by Bairam Khan) in the battle of Machhiwara.

US President Harry S. Truman announced his decision to develop a super bomb – Hydrogen Bomb – with a massive fund.

You may read about the story of the development of hydrogen bomb.

Under the 52nd Constitutional Amendment, Anti-Defector Bill was passed unanimously in Lok Sabha. This avoided the Representatives of People to switch over political parties.