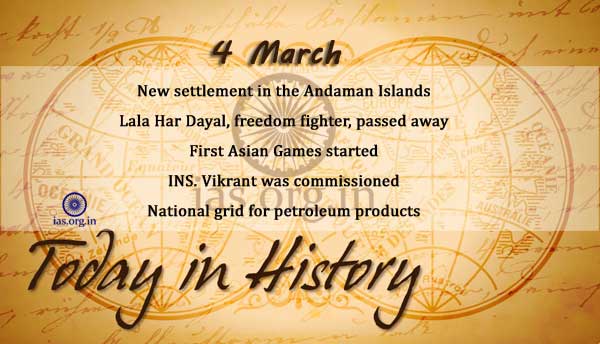 J. P. Walker, British Officer, along with 200 prisoners who were mainly from the Indian Sepoy Mutiny, sailed from Calcutta to start a new settlement in the Andaman Islands.

Eleven countries and 489 male and female athletes participated in the first Asian Games started at National Stadium in New Delhi.

Union Govt. decides to set up a national grid for the distribution of petroleum products.