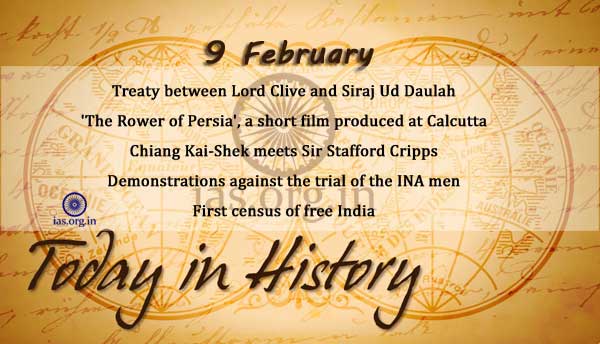 In a treaty between Lord Clive and Siraj Ud Daulah, Clive was authorised to safe guard (Killa Bandi) and open mint at Calcutta. Nawab had paid compensation to British Army.

‘The Rower of Persia’, a short film produced at Calcutta was released on February 9 at Star Theatre, Calcutta.

A set of six stamps were issued during the inauguration of New Delhi.

Demonstrations were held against the trial of the INA men. The ratings and a few units of the Royal Indian Navy rise in open Mutiny in Mumbai harbours.

The first census of free India of enumeration work was started.