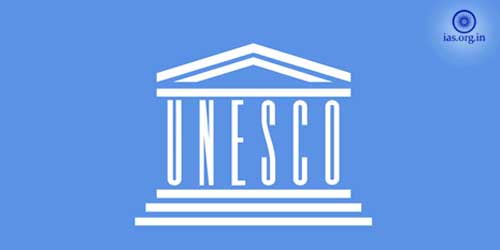 The purpose of UNESCO, a specialized agency formed on 16th November 1945, is to bestow peace and security by exalting international cooperation through educational, scientific and cultural reforms to enhance universal respect for justice, the rule of law and human rights as well as fundamental freedom promulgated in the United Nations Charter.

UNESCO’s aim is “to contribute the building of peace, the eradication of poverty, sustainable development and international dialogue through education, the sciences, culture and communication and formation.” The organisation’s other objectives are to obtain quality education for all and lifelong learning, address emerging social and ethical challenges, cultivate cultural diversity and a culture of peace and create inclusive knowledge societies through information and communication. The concrete objectives and capacious goals of the international community, as penned down in the internationally agreed development goals including the Millenium Development Goals (MDGs), envelop all UNESCO’s activities and strategies.

UNESCO and its commission for international cooperation goes to the League of Nations resolution that took place on 21 September 1921 to elect a Commission to study feasibility.

The international Bureau of Education (IBE) initiated its work as a non-governmental organization in the service of international educational development. But the activities of these predecessor organizations of UNESCO got interrupted by the commencement of World War II.

The Conference of Allied Ministers of Education (CAME), after the signing of the Atlantic Charter and Declaration of the United Nations, initiated its meetings in London that continued between 16 November 1942 to 5 December 1945. In the Moscow Declaration on 30 October 1943, the necessity for an international organization was expressed and agreed upon by the United Kingdom, China, The United States and The USSR. A prominent figure in the initiative for the formation of UNESCO was Rab Butler who was then the Minister of Education the United Kingdom. The constitution of UNESCO was introduced and signed by 37 countries and a Preparatory Commission was set up at the ECO/CONF on 16 November 1945. UNESCO’s constitution came into force on 4 November 1946 with the deposit of the twentieth ratification by a member state.

One of the major achievements of UNESCO is its work against racism through influential statements on race that began with a declaration of anthropologists and scientists in 1950 and concluded with the 1978 Declaration on Race and Racial Prejudice.

UNESCO’s early work in the field of education comprised the pilot project on fundamental education, commenced in 1947, in the Marbial Valley, Haiti. The project was succeeded by expert missions to other countries including, for example, a mission to Afghanistan in 1949. In 1948, UNESCO prescribed that Member States should make primary education free, compulsory and universal. In Jomtien, Thailand in 1990 the World Conference on Education for All initiated a global movement to cater basic education for all children, youths and adults. In 2000, ten years later, World Education Forum, organized in Dakar, Senegal, led member countries to commit to attain basic education for all by 2015.

UNESCO early works in the field of culture comprised, for example, The Nubia Campaign that was initiated in 1960. This campaign’s purpose was to move the Great Temple of Abu Simbel to keep it protected from being inundated away by the river Nile after the construction of Aswan Dam. During its twenty year campaign UNESCO relocated 22 monuments and architectural complexes.

UNESCO’s work on heritage resulted in the adoption of the Convention related to the Protection of the World Cultural and Natural Heritage in 1972. In 1976 The World Heritage Committee was set up in 1978 and the first sites were inscribed on the World heritage list. Since then important legal tools on cultural heritage and diversity have been endorsed by UNESCO member states in 2003 (Convention for the Safe guarding of the Intangible Cultural Heritage) and in 2005 (Convention on the Protection and promotion of the diversity of Cultural Expressions).

In the area of communication UNESCO, from its beginning, has given a priority for the free flow of information. It commenced organizing training and education for journalists in 1950s. Following the 1980 Mc Bride report, that was the product of calls for a New Information and Communication order of the late 70s, UNESCO initiated the Information Society for All programme and Toward Knowledge Socities programme in the lead up to the World Summit on the Information Society in 2003 in Geneva and in 2005 in Tunis.

In the field of natural science UNESCO’s one of the early major projects was Arid-Zone programming (1948-1966) UNESCO, in 1968, organized the first intergovernmental conference with an aim to reconcile the environment and development, a problem to be addressed in the field of sustainable development even today. The main result of this conference was the formation of UNESCO’s Man and the Biosphere Programme.