The Preamble of the Indian Constitution:

We, the people of India:

Before independence, we were governed by the laws made by the British rulers. There is no such foreign control over us now. We can frame our laws without any external interference. Our head of the State is the President of India, who is elected and not appointed. The sovereignty rest in the people of India who are the ultimate master of their own destiny.

The great thinker and President of USA, Abraham Lincoln (1861-65 CE)  defined democracy as the ‘government of the people, by the people, and for the people. In our country, it is through our elected representatives that the state policies are made and implemented for the welfare of our people.

India is a Republic:

In a Republic system, no external authority has any say in the affairs of the country. Before the independence, the queen and king of Britain happened to be the constitutional head of India. But with the introduction of our Indian constitution, we have become the republic and our elected representatives in the parliament and state legislature has equal freedom.
Also Read: Constitutional Development in India – From Regulating Act 1773 to Govt. of India Act 1935

In India, the law of the state does not show discrimination for any particular religious group. The freedom to follow a faith of one’s choice is guaranteed in the constitution. In the term of employment, no restrictions can be imposed on the basis of a person’s religion.
Secularism denotes equal regard for religious sentiments of all people, all people have freedom to follow any religion in India. Secularism means that all are free to profess or preach the faith of their liking.
Dr. B. R. Ambedkar, the principal architect of the Indian constitution was of the view that, “Secular does no mean that the state shall not take into consideration religious sentiments of the people. The secular state means that the parliament shall not impose any particular religion upon the people.”
Secularism treats all religions on equal footing and accepts freedom of religion. Secularism believes in religious co-existence and people following different religions  can live side by side.

Regarding secularism the following articles exist in the Indian Constitution:

You May Also Read: Important Constitutional Amendments in India 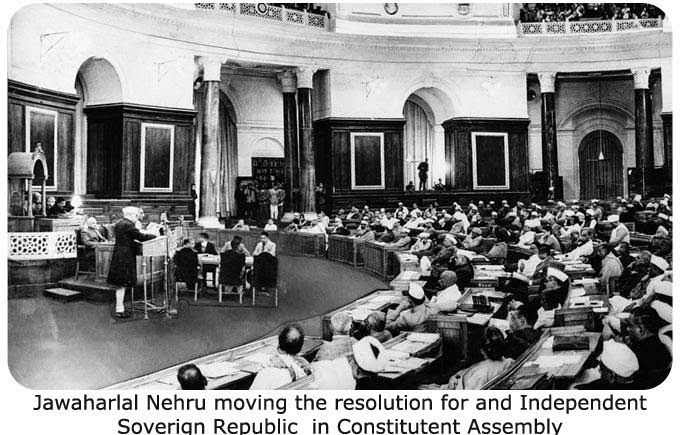 Our constitution aims at establishing the socialist society. Indian Constitution providing measures through which economic disparities may be diminished. It does not mean that government intends to make the rich people poor. The intention is to raise the standard of living of people who are economically backward. There is a special provision in the constitution that allow the government to make legislation for protecting the interest of the weaker section of the society.
Economic justice is ensured through provisions like minimum wage and equal opportunities for employment in commercial organizations.
Political justice means that there is a liberty to make any political vision. There is a liberty to have any political view but they must not go against the interest of the nation as a whole. Similarly, there is the freedom to vote for any recognized political party in the country.

The Indian Constitution provides that no citizen shall be deprived of this freedom. There can be no detention without proper authority of law. There is also the freedom of expression and speech. Equal opportunities are ensured to all citizen for their fullest development.

Previous articleRajya Sabha
Next articleFacts about PREAMBLE of the Indian Constitution