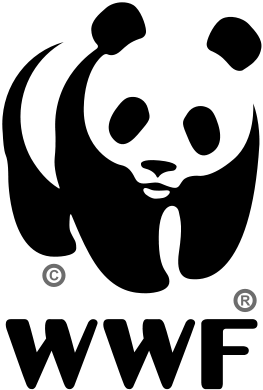 The World Wildlife Fund (WWF) is an international non-governmental organization founded on April 26, 1961, and is working on issues regarding the conservation, research and restoration of the environment formerly named the World Wildlife Fund, which remains its official name in Canada and the United States. It is the world’s largest independent conservation organization with over 5 million supporters worldwide, working in more than 100 countries, supporting around 1,300 conservation and environmental projects. WWF is a foundation.

The group’s mission is “to stop the degradation of the planet’s natural environment and to build a future in which humans live in harmony with nature.” Currently, much of its work focuses on the conservation of three biomes that contain most of the world’s biodiversity: oceans and coasts, forests, and freshwater ecosystems. Among other issues, it is also concerned with endangered species, pollution and climate change.

WWF-India Secretariat is an autonomous office based in New Delhi. WWF International is located at Gland in Switzerland. A specialist office in Brussels works on the policies and activities of the European Union, while a second office in Washington DC, works with global institutions involved with international economic issues, such as the World Bank.

The idea for a fund on behalf of endangered animals was initially proposed by Victor Stolan to Sir Julian Huxley. This proposal led Huxley to put Stolen in contact with Max Nicholson, a person that had had thirty years of experience of linking progressive intellectuals with big business interests through the Political and Economic Planning think tank. Nicholson thought up the name of the organization.

WWF was conceived on 29 April 1961, under the name of World Wildlife Fund, and its first office was opened on 11 September that same year in Morges, Switzerland. Godfrey A. Rockefeller also played an important role in its creation, assembling the first staff. Its establishment marked with the signing of the founding document called Morges Manifesto that lays out the formulation ideas of its establishment.

In 1986, the organization changed its name to World Wide Fund for Nature, to better reflect the scope of its activities, retaining the WWF initials. However, it continues to operate under the original name in the United States and Canada.

Must Read: Wildlife Sanctuaries in India

In order to conserve India’s ecological security, WWF-India has adopted the following steps:

WWF’s current strategy for achieving its mission specifically focuses on restoring populations of 36 species (species or species groups that are important for their ecosystem or to people, including elephants, tunas, whales, dolphins, and porpoises), and ecological footprint in 6 areas (carbon emissions, cropland, grazing land, fishing, forestry and water).

The only giant panda residing in the Western world at that time, along with its physical features and status as an endangered species, the panda is seen to serve the need of a strong recognizable symbol of the organization. Moreover, the organization also needs an animal that would have an impact in black and white printing. The logo was then designed by Sir Peter Scott from the preliminary sketches made by a Scottish naturalist, Gerald Watterson.