My account
Get into your account.
LoginRegister
Plans
Home Random Zika Virus – The Alarming Spread of Threat 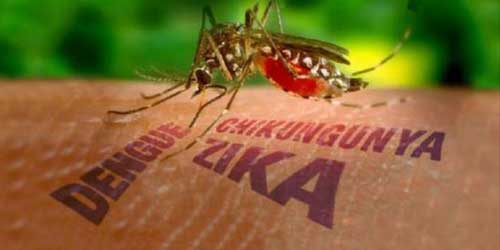 WHO has issued a note of warning that Zika Virus linked to birth defects (microcephaly) and neurological problems is spreading “explosively” and can effect countries like India and China, because both countries have suffered from Dengue and Yellow fever or Chikungunya. It is spread by the same mosquito – Aedes aegypti – carriers that spread Dengue and Chikungunya.

WHO director – General Dr. Margret Chan claimed although there was no decisive proof that Zika Virus was responsible for a increase in the number of babies born with abnormally small heads – microcephaly in Brazil, the level of alarm was becoming much more of a threat.

Head of WHO’s endemic response team in the Americas – Sylvain Aldighieri – claimed that there could be 3 to 4 million Zika infections mostly in Central and South America over the next year.

Its effect on pregnant women

WHO has said that there was no vaccine available for this virus. The agency has also informed that it might take six to nine months to collect any data showing a relationship between Zika and the babies born with microcephaly or abnormally small heads. Pregnant women in most cases are victims of this virus.

French Government has forbidden the women of its country to travel to French overseas territories in South America and the Caribbean because there Zika Virus has caused a rise in birth defects.

Zika Virus has already spread in 23 American Countries along with Brazil and 50 persons have already been declared dead due to this virus.

In Brazil, nearly 4000 cases of Zika infections were recorded till October, 2015.

Last year due to this Zika Virus emergency was declared in six states of Brazil. 20 out of 26 states of the Country is feeling the heat of this Virus. In Pernambuko (a state of Brazil) alone 900 cases have been recorded.

Don’t Miss:Swine Flu – All you must be knowing.

The Zika Virus was first detected in 1947 and in 2015 it spread speedily in Latin American Countries.

There was a subtle Symptoms of Zika Virus infection. The commonly found symptoms are fever, muscle pain, headache, joint pain, rash and conjunctivitis which are similar to those of Dengue and Chikungunya.

Also Read: All you need to know about Ebola virus