A man who started his career as a freelance journalist is now known as the ‘clothing man’ of  India. Anshu Gupta is an alumnus of  Indian Institute of Mass Communication who holds a double post graduate diploma in journalism and advertising and Public Relations. He also holds a masters degree in economics. Anshu, who sincerely believes in the receiver’s dignity than in the donor’s pride left a lucrative corporate job in 1998 to start a NGO called GOONJ in 1999 with the mission of bridging the ever increasing gap between the urban prosperity and rural poverty. 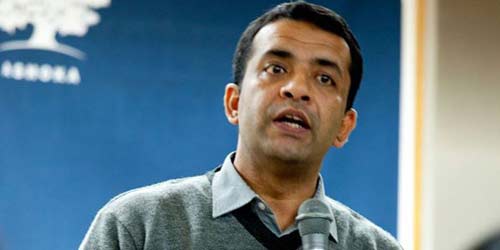 Anshu Gupta is a name that knows how to work wonders with the urban waste in order to cater to the basic needs of the rural poor. In this way, he is not only addressing the herculean task of managing urban waste but also triggering an unprecedented way of bringing social development in some of the most backward and remotest of the places in our country. What makes him different from other social workers is that he has transformed the sufferers into stakeholders in his projects. Anshu clearly wants to justify the saying, “be the change you want to see in the world” as he emphasises on making the rural poor realise their potential and to make them stand on their own feet and he has been quite successful in doing that as people are seeing themselves as changemakers and voluntarily working on the developmental projects which will eventually benefit them in the end. In this way he also generating employment opportunities which help them economically.

Anshu has catered to diverse issues such as water, education, environment, health and roads in the rural areas and he has brought home the point that waste is not actually waste, it can definitely be used as a resource if worked upon creatively and efficiently. He earned the title of ‘clothing man’ when his NGO, Goonj initially emphasised on clothing as a basic need and the way the discarded clothes can be recycled into sanitary napkins, bags, mats and other useful materials. The heaps of donated clothes are segregated and reprimanded for the right use and then the needy people can earn them with pride and dignity after associating themselves with the developmental work. He has also started the ‘Not Just a Piece of Cloth’ (NJPC) movement under which reusable clothes are collected from urban households and then clean cloth sanitary napkins are prepared and distributed among the poor women. Women from slums are employed in this project which again brings home the idea of living with dignity and not under charity.

Anshu Gupta is the recepient of Ramon Magasaysay award for the year 2015 for his innovative vision in transforming the culture of giving in India and and for recognising cloth as a sustainable development resource. He has also been awarded with CNN-IBN Real Heroes award. Anshu is an Ashoka fellow who was also conferred with ‘Social Entrepreneur of the year award’ by Schwab Foundation. He was also listed by the Forbes magazine as one of India’s most powerful rural entrepreneur.