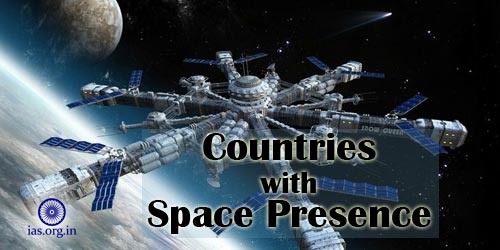 US accounts for approximately one-third of the operational spacecraft. The nation launched its 1st satellite in 1958 and currently operates a large fleet of communications, weather, missile detection, technology, navigation and surveillance satellites. The Apollo – moon landing missions, Space shuttle, International Space Station (ISS) are some of the cornerstones of the nations space programme.

Russia was the 1st country to have ever launched a space mission in 1957. The country now operates the 3rd largest fleet of spacecraft including communications, meteorological and reconnaissance satellites. Projects include Soyuz manned spacecraft Salyut 1 space station and Lunokhod 1 space rover.

The European Space Agency, established in 1975, based in Paris, France, includes human spaceflight and other unmanned exploration missions to other planets. The country will be launching a new space balloon with a budget of $ 10 million for the construction and the flight itself.

The United Kingdom had launched its 1st satellite Ariel 1 in 1962, making it the 3rd nation after USSR and US to launch artificial satellite into orbit. It presently operates large number of satellite including civil and military communication satellites, earth observation satellites and exploration spacecraft.

Japan is one of Asia’s largest countries in terms of space flights and missions. Japan launched its 1st satellite Osumi in February 1970. It currently operates a fleet of communications, meteorological, earth observation and astronomical observation satellites.

Canada launched its 1st satellite Alouette 1 in 1962. It currently operates a fleet of RADARSAT and SCISAT earth observation satellites. The Canadian Space Programme is controlled by the Canadian Space Agency.

The successful launch of Azur satellite in 1969 demonstrated Germany’s space-faring capabilities to the world. Germany have launched several spacecraft including telecommunications, navigation and earth observation satellites and are involved in the core missions such as Cassini-Huygens mission to Saturn and its moons, European Space Laboratory Columbus.