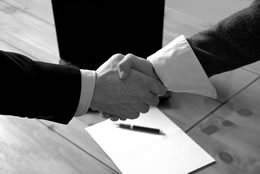 Arbitration is the mode of settlement of the dispute between the parties, by means of a nominated person (called as arbitrator) without going to the court of law.

1) Less costly in comparison to the court of law.
2) Less time taking and simple
3) Dispute is not publicized
4) Award is final (except in rare instances)

Qualification of an Arbitrator:

There is no hard and fast rule defined for the qualification of an arbitrator. And the parties can select any person as an arbitrator. However, it is in the interest of parties to select an intelligent, rational, impartial person as their arbitrator. An arbitrator can be disqualified if he has a personal interest in the matter pertaining to the dispute

Nationality of an Arbitrator:

An Arbitrator can be of any nationality unless otherwise agreed by the parties. However, in the case of an international dispute, the Chief Justice of India may appoint an arbitrator other than the nationality of parties.

Appointment of Arbitrator by Agreement:

Appointment of Arbitrator by Chief Justice of India:

An Arbitral Proceeding is terminated when:

1) The Arbitral award is made
2) The continuity of proceeding becomes unnecessary or impossible.
3) The parties agree on the termination.
4) The claimant withdraws his claim, and the respondent does not object to it

The Arbitral Award becomes enforceable to the parties, normally after 3 months from the date it has been received by the parties. However, any of the parties can appeal to the court for setting aside the award before this period (3 months).
The court can set aside the Arbitration award on following grounds:
1) Incapacity of a party.
2) Invalid arbitration agreement.
3) Invalid arbitral tribunal or its proceedings.
4) The subject matter of dispute cannot be settled through arbitration.
5) The Arbitration award is in conflict with the public policy of India.

Conciliation is the mode of friendly settlement of the dispute between the parties, with the assistance of a nominated person (called as conciliator) without going to the court of law.
Although both in Arbitration and Conciliation the dispute is settled outside the court, there is a fundamental difference between two. While, in the case of Arbitration, an award is given by the arbitrator, at the end of the tribunal; in the case of Conciliation, the two parties arrive at mutually agreed decision with the help of the conciliator.

Unless otherwise agreed, there shall only be one conciliator. However, the parties on mutual consent can even select more conciliator.

Constitutional Development in India & From Regulating Act 1773 to Govt. of India Act 1935