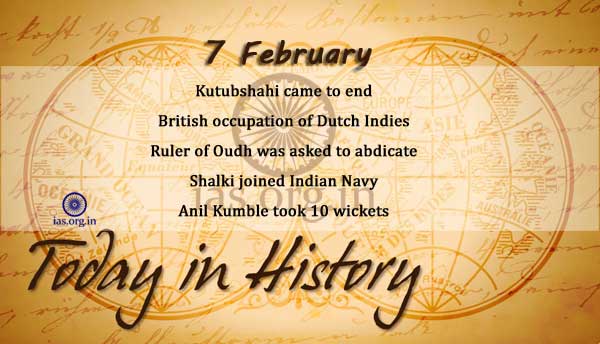 Wajid Ali Shah, ruler of Oudh, was asked to abdicate by the British Resident on grounds of chronic misrule.

Bal Thackeray, Shiv Sena supremo, found guilty of contempt of court and sentenced to simple imprisonment of one week and a fine of Rs. 2000 by Nagpur bench of Mumbai HC for his statement that ”a judge had demanded a bribe of Rs. 35 lakhs for favouring a litigant”.

Indian leg-spinner Anil Kumble became the second only bowler in Test history after J.C. Laker (England) to take all ten wickets in an innings against Pakistan in the second Test in Delhi.