My account
Get into your account.
LoginRegister
Plans
Home Learn Culture The Bhakti Movement of the Medieval Age 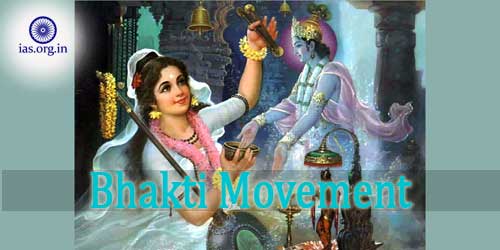 The Bhakti Movement, one of the most remarkable features of the medieval age, remained influential for many centuries. This movement has in fact inscribed deep impact on modern Hinduism.

Different Opinions on the Source of the Bhakti Movement

Different opinions have been expressed about the sources of this movement. Some well known European scholar historians of their time like Grierson and Weber propound the view that the idea of Bhakti as a means to get salvation has been taken by the Hindus from Christianity. They also have expressed that the idea of Bhakti as the monotheistic doctrine of Hinduism too has been borrowed from Christianity.

Must Read: The Rig Veda Age : Religion and Philosophy

However, no contemporary modern scholar consents with these views as another idea replaced this one; this new idea claimed that it was the influence of Islam on Hinduism directly or indirectly that caused the Bhakti Movement of the medieval age. There were some scholars who even suggested that the monotheistic doctrine of Shankracharya was influenced by Islam.

However, some scholars have pointed out that the Bhakti Movement has traditionally been accepted as an influential/social reformation in Hinduism that catered an individual focused, that is monotheistic approach, alternative way for attaining spirituality/salvation without paying any heed to one’s caste, birth or gender.

But post modern historians have tried to establish what they call the more rational approach, that the Bhakti Movement was +revival, reworking and re-contextualization of those ancient traditions which were propounded by the traditions described in detail in Vedic literature. According to them the scriptures of the Bhakti Movement are the Bhagvad Gita, Bhagvat Purana and Padam Purana. Ancient texts such as Shvetashvatara Upanishad, the Katha Upanishad and the Bhagvad Gita mention term Bhakti.

Bhakti: a movement within Hinduism

The Bhakti Movement, de facto, was a movement within Hinduism itself. Hinduism propogates that there are three ways to attain salvation (Moksha): Jnan (Knowledge); Karma (Duty) and Bhakti (Devotion). Preachers and saints belonging to Hindu religion emphasized at different times the one, the other or the third one.

During the medieval period Hindu saints and preachers began to emphasize Bhakti as a means to attain Moksha that became the cause of spread of the Movement. According to some important scholar historians, it would be improper to claim that the Bhakti Movement was entirely a new movement within Hindusim.

These scholars mention that in the sixth century BCE the Bhagvad Movement that took birth along with Buddhism and Jainism but at that time the Movement failed as it could not gain strength. It, however, got popular during the medieval age and resulted in the development of the Bhakti Movement. The fact is that the Bhakti Movement swept over north and east India from the 15th century onwards and got to its zenith between 15th and 17th century CE.

As the Bhakti Movement was inspired by various poet-saints with a wide range of philosophical positions, it grew around different gods and goddess, such as Vishnu (Vaishnavism), Shiva (Shaivism), Shakti goddess (Shaktism).

Saints of the Bhakti Movement

The saints of this Movement gave stress to certain common and certain principles: none of them linked themselves to any particular social or religious sect and none of them ever attempted to establish a new religion. Most of these saints had no blind, that is unreasoned, faith in any religious text and did not have any belief in any priestly rituals.

The saints of the Bhakti Movement believed in one God who could be called by different names such as Rama, Krishna, Shiva or Allah. They were against caste system and idol worship and emphasized that the Bhakti is the only names to attain salvation (Moksha).

It was during the medieval period of Indian history that the phrase ‘the Bhakti Movement’ started to appear with some recognition as different saints gave their message to the people at different times and different places. One name that became famous and flourished in the early years of the twelfth century was that of Ramanuja who believed in Saguna Brahmana (God). He allowed even Sudras to visit temples on fixed days within a year and made them believe that they could attain moksha through Bhakti.

Important saints of the Bhakti Movement

Though Ramananda was a Brahmin, he welcomed people of all castes within his sect. the credit of making the Movement popular among general masses goes to Ramananda. He gave equal status to women too. His twelve disciples carried his message further and made the movement very popular in the larger part of north India.

Kabir, the most famous disciple of Ramananda, was picked up, as he was left by his widow mother after his birth, by a Muslim weaver who brought him up. Kabir was a devotee of Rama, but he staunchly believed in the unity of God and he never believed in idol worship or any physical symbol of God: Kabir famously said “Pawan (Pathar) puje Hari Milay to main pujun pahar (mountain).”  That is enough to say about his belief. He was against any form of rituals, caste system and differences of religion. In fact Kabir’s beliefs, thoughts, philosophy of life or any other things in which he believed are recorded in verse form in a book named Gudari, that is of course a very enlightening one. Kabir was a householder saint who got immense popularity among Hindus and Muslims. Even in this modern age, Kabir has not lost its relevance; instead some of his thoughts are now part of our Constitution too.

There are many important poets other than these two most famous propounder the Movement which need separate treatment as their contributions cannot and should not be penned down as a passing reference.

Must Read Also: The Revenue System under Mughal Administration