My account
Get into your account.
LoginRegister
Plans
Home Learn Culture Indus Valley Civilization – 4700 years ago in Harappa and Mohenjodaro 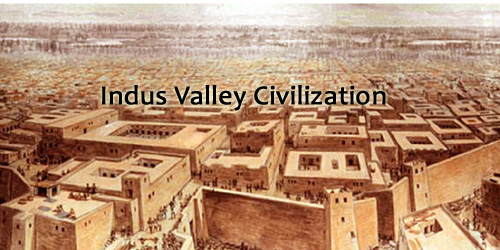 Generally, people of western countries are considered civilized than the rest of the world. But, nearly 4700 years ago that is around 2700 BC, when people of Europe and America were leading a nomadic way of life the most advanced and magnificent urban Civilization flourished in India around the river Indus mainly centered in the cities Harappa and Mohenjodaro. Thus, it was named THE INDUS VALLEY CIVILIZATION (or) HARAPPAN CIVILIZATION.

In the year 1921, renowned archaeologist DAYA RAM SAHANI first excavated the ruins of the INDUS VALLEY CIVILIZATION in HARAPPA in Punjab state (Pakistan Punjab).The next year in 1922, MOHENJO DARO was excavated in the Sind region. Later on, nearly 14 cities of the Civilization were found around the Indus river and its tributaries. HARAPPAN CIVILIZATION was considered one of the earliest civilizations of the world.

CHARACTERISTICS OF THE INDUS VALLEY CIVILIZATION:

Based on the evidence found at the excavation sites, archaeologists assumed the following characteristics of the civilization.

What came as a surprise to most of the people were the advanced techniques used in building the towns and well-planned structure and brick houses around 4000 years ago. 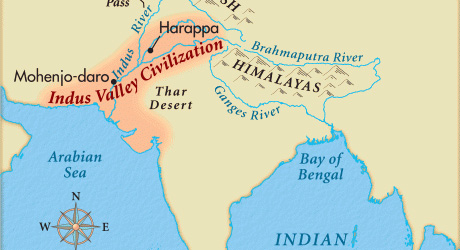 Indus valley civilization came to an end around 1700 BC. Different reasons were assumed for the decline of the civilization:

Thus, the INDUS VALLEY CIVILIZATION, the earliest civilization of our country shows how advanced were the people of India in the ancient times.