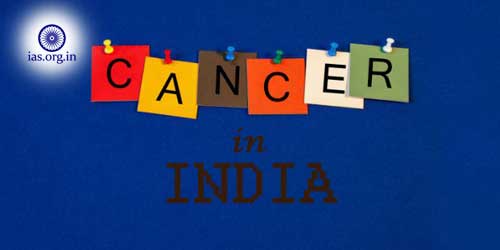 A recent study, published in the Journal of Global Oncology, has informed that over 50 children in the age group of one month to 14 years die every day because of Cancer in India. The study points at the significant burden of the disease and lack of options of advanced treatment in the country.

The rate of pediatric cancer in India is 37 per million every year and children represent around 39% of the total population of the country. The study highlighted the lack of data as a major hurdle in improving pediatric oncology results in India. In developed countries, with the help from significant progress made in treatment, more than 80% of children with cancer are now successfully cured.

The study further said , “these advances have not been fully realised in low and middle- income countries(LMIC), where majority of children with cancer reside.”  It claimed that the paucity of data, particularly in low and middle- income countries, which includes India too, impeded efforts to put childhood cancer on public health agenda and obstructed the implementation of effective national childhood cancer strategies.

Study Done by Whom

The study has been conducted by an association of researchers from various international institutions including University of Toronto and Mumbai’s Tata Memorial Centre. Researchers  have used data from the Million Death Study(MDS). It is a unique, nationally representative and longitudinal survey of over 40 million people that includes a cohort of more than 27,000 pediatric deaths in India.

Status of Cancer in India

In India, cancer is fast taking epidemic proportions. Recently, it has been claimed in a Lancet report  that slightly over ten lakh  new cases of cancer are diagnosed every year in the country. In its latest assessment WHO says that  ‘ cancer cases in India is going to multiply five times over the next decade(by 2025).

An assessment of AIIMS showed that the growing incidence and mortality from cancer was also leading to economic burden of treatment, which had been 20 times the annual income of an average family.

The Health Ministry of India, alarmed by the rising trend, has started working on an circumventing National Multi-Sectoral Action Plan with an intention to curtail premature deaths from cancer, diabetes and heart diseases in the next ten years.