My account
Get into your account.
LoginRegister
Plans
Home Learn Culture Caste System of India – Anti-caste and untouchability movements 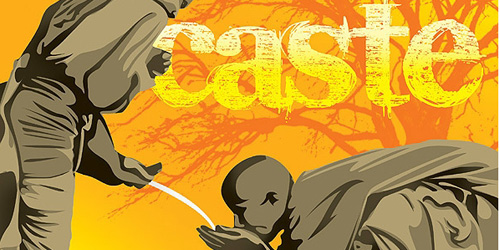 Untouchability and Caste system in India

India is having a hierarchical caste system based society not only among Hindus but also among other castes also. Earlier, the people in the lower hierarchies are not accessible to all the resources and are exploited by upper hierarchies as well, they were victims of untouchability practices.

Besides, there were untouchable castes also who were involved in menial jobs such as manual scavengers, Agricultural labourers, skinners of animal hides and so on. There was the concept of YAJMANI SYSTEM, that is little share of produce was given to the non-touchable people.

With time, Change came in the social behaviour of untouchable people due to factors like commercialisation of Agriculture, Emergence of contractual relations and increased employment in factories, Mandis, Army and so on.

In pre-Independence times, leaders like JYOTI RAO BAPULE started SATYA SHODAK SAMAJ and also written a book called GULAMGIRI creating awareness in the minds of untouchable people. There were also movements to make the lower caste people to enter the temples such as GURUVAYUR SATYAGRAHA.

Gandhiji also played his part in the anti-caste movements by integrating the issue of untouchability into the national movement. Concepts like ADI HINDU and NAMSHUDRAS began to evolve.

BABU JAGJEEVAN RAM, the prominent harijan leader started KHETH MAJDOOR SABHA and DEPRESSED CLASS LEAGUE to alleviate the problems of depressed classes. DR. B R AMBEDKAR, popular leader of depressed classes founded INDEPENDENT LABOUR PARTY in 1936 and ALL INDIA SCHEDULED CASTEFEDERATION in 1942. He also wrote a book called ANNIHILIATION OF CASTES against the caste system. Ambedkar tried to empower the depressed classes by providing them legal rights which we can found in the constitution.

Still, it is a realty of our caste system that the upper caste people are not accepting lower caste people practising their traditions and performing their rituals. This is what Ambedkar opposed in his book ANNIHILIATION OF CASTES and he wanted a democratic social order based on liberty, equality and fraternity.

Hence, there is a need of critical examination in the context of present day caste system and its religious variations along with untouchability.