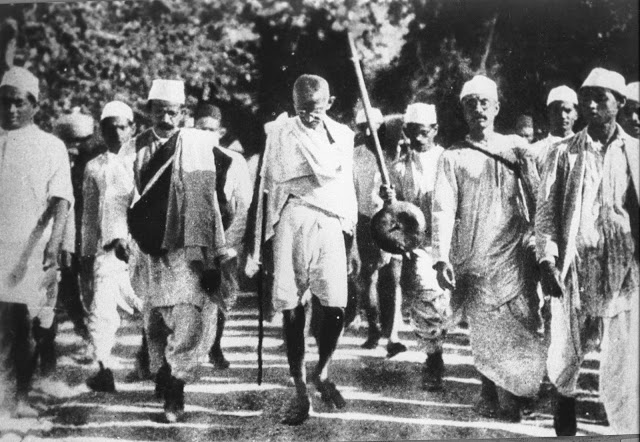 The Second World War came to an end in Europe in May 1945. In India, Lord Wavell had already succeeded Lord Linlithgow as the Viceroy of India in October 1943. He had earlier been the Commander-in-Chief here. His appointment gave rise to misgivings as to whether Britain would still keep India by dint of force. These forebodings, however, proved false. Wavell was a nice person, a soldier by profession, a poet by temperament and a statesman by compulsion. In his first address to the Central Legislature on February 17,1944, he affirmed : “India shall have full control of her own destiny.” This sent a breeze of joy in the people that their country would soon become free. Wavell made it clear that from the point of view of defence as well as many internal and external economic problems, India was a natural unit. “You cannot alter geography,” he declared. These were also the words of cheer for the unity of the country. He called a conference of the Governors of all the Provinces and discussed with them the various steps that the Government should take to resolve the political problem.
Lord Wavell went to London for consultation with the Home Government in March 1945. The Labour Party withdrew from the coalition government after the end of the War due to differences with the Conservatives on the matters relating to social security and planning. Sir Winston Churchill continued as the caretaker Prime Minister till the general elections were held. The Viceroy returned to Delhi on June 4, 1945. He made a broadcast of his proposals on June 12, 1945 simultaneously with the statement of Mr. Amery, the Secretary of State for India in the House of Commons. He also announced his intention to convene a political conference on June 25, 1945 as well as the decision of the Government to release the members of the Congress Working Committee. His proposals laid down the complete independence of the Viceroy’s Executive Council except the portfolio of Defence on the basis of parity between the caste Hindus and the Muslims. Gandhiji objected to the term ‘caste Hindus’. Jinnah asserted that the Muslim League had the sole right to nominate all the Muslim members to be included in the Viceroy’s Executive Council. The Hindu Mahasabha objected to both the principle of parity between the Hindus and Muslims and its exclusion from the Simla Conference. The Congress put forward its claim to include in its share of representation the members of all the communities, including the Muslims, Christians and Harijans. In his inaugural speech, the Viceroy explained the aims and objectives of the conference. He clarified, “It is not a constitutional settlement, it is not a final solution to India’s complex problems that is proposed.” But the atmosphere of the Conference seemed more favourable to its failure than towards its success. Maulana Abul Kalam Azad, who started the discussion on behalf of Congress, minced no words about the national character of the>»Congress and declared its unwillingness to enter into any agreement or compromise which gave it the character of a communal party. Jinnah asserted that the Muslim League would not compromise on its demand for Pakistan and thus participate in a common national government of undivided India. The talks, therefore, failed, with each side blaming the other.
After a fortnight or so of the failure of the Simla Conference, the Labour 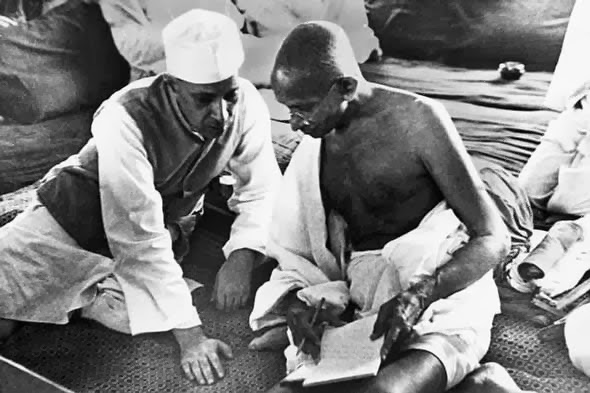 Mahatma Gandhi
Gandhiji should have been the happiest person at the dawn of freedom. On the contrary, he was the unhappiest one since he did not want a political settlement that created permanent cleavage between two principal communities that lived in amity all along. His dream visualised an India where all lived as brothers.
Jawaharlal Nehru
As the first Prime Mini¬ster of Free India, Jawaharlal Nehru endeavoured to trans-late into practice the ideals of Bapu, the ideals that in¬spired every Indian to restore to his country its ancient glory. Nehru tried to blend the Indian legacy with the best of the modern world to mould a new nation destined to exert global influence.
Sardar Vallabhbhai Patel
Because of his dogged determination and iron will, Sardar Vallabhbhai Patel was hailed as the “Iron Man of India”. He proved the sobriquet to the hilt when, as Deputy Prime Minister and Home Minister, he played a key role in the integration of States, notably Junagadh and Hyderabad, conveying that unity was the need of the hour.
Maulana Abul Kalam A%ad
Since he ardently believed in a common destiny for Hindus and Muslims in his country, Maulana Abul Kalam Azad refused to accept the two- nation theory. As President of Indian National Congress and later as Education Minister in free India, the Maulana occupies a niche for his efforts for the consolidation of Indian Independence.