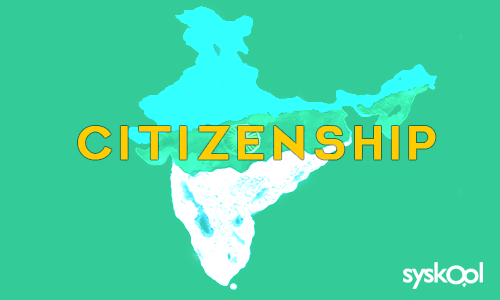 Citizenship is the legal relationship between the state and its population. It confers civil and political rights upon the people who compose the State.

The Constitution of India in part II, under Art. 5 to 11, deals with the provisions of citizenship.

Indian Citizenship Act, 1955 was passed by the Union Parliament which contains elaborate provisions for the acquisition and termination of citizenship subsequent to the commencement of the Constitution.

On January 26, 1950, following classes of persons became citizens under Article 5 to 8.

The Indian Citizenship Act, 1955 was amended in 1986 to check the clandestine influx of persons from Bangladesh, Sri Lanka, and other African Countries.

Following changes were made –

What are the provisions for securing Indian citizenship?