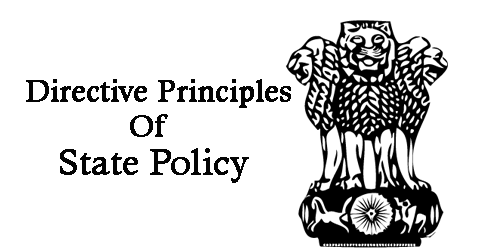 In the whole scheme of the Constitution of India the Directive Principles of State Policy are in the form of guidelines to the governments at the center as well as states. Though these principles are non-judiciable, they are essential in the governance of India.

Taken as an idea from the Irish Republic, the Directive Principles of State Policy were incorporated in the Constitution of India with an aim to deliver economic justice and to avoid concentration of wealth in the hands of a few people. They are so instrumental in the good governance that no government can afford to ignore them. Directive principles of state policy, de-facto, are the directives for the future government to blend them in the decision and policies formulated by them.

Directive Principles of State Policy (DPSP) and Universalization of Education

At the time of independence, the percentage of literate people was only 14%. Realizing the importance of education our Government laid emphasis on the spread of literacy among the masses. Inspite of the efforts of the Government in raising the level of literacy, a large section of our population elementary education and its universalisation.

For the spread of mass literacy at primary stage, the government of India, according to National Policy on Education, 1986, launched National Literacy Mission and ‘Operation Blackboard’. The government and many voluntary organizations are making special efforts to educate, those, who were deprived of the benefits of education in their childhood, by opening night schools and adult literacy centers.

Many distance education programmes through correspondence courses and open learning have been initiated in many states. To accomplish the goal of universalization of education the National Institute of Open Schooling and Several other Open University have been set-up. Through the 86th Amendment Act, 2002, the Directive Principles advocating free and compulsory education for children up to age of 14 years has been incorporated in the list of Fundamental Rights under Article 21 A.

DPSP and the Child Labour

Despite having many provisions about children welfare we are facing impediments in eliminating child labour from this part of the world. One of the Directive Principles of State policy caters opportunities and facilities to children to develop in a healthy manner. There is also a Fundament Rights against Exploitation of Children. Our law of the land prohibits the employment of Children below the age of 14 years in mines and industries which are hazardous to their health.

In most of the cases it is the attitude of the parents that is not helpful in the elimination of child labour in India. Many parents force their children, to do some sort of work to earn money and contribute to the family income. However, apart from the lack of will, poverty and social stigma are most important constraints in the accomplishment of eradication of this problem.

It has been finally, as it seems, accepted by our policy makers that unless the willingness and awareness to get rid of the social challenge comes from within, all efforts by governments at various levels would prove useless.

The “Dream of developed India 2020” of Dr. Abdul Kalam Azad can be achieved only when the children, the future of the country, are secured and protected from being exploited.

DPSP and the Status of Women

In Indian Society, basically being a male dominated society, father is the head of the family and mother’s position is subordinated to him, that indicates toward a naturally weak position of women. On account of the cruel social customs and religious practices like purdah and Dowry etc., women have been suffering a great deal from the ages.

Women are nearly 48%, that translate into the figure of about 496 million, of total population of the country as per 2001 census. Our Constitution through Fundamental Rights and many Directive Principles of State Policy has stressed the necessity of enhancing the status and education of women. An adequate means of livelihood and equal pay with that men for their work have been catered to women.

Health care and maternity relief have also been catered to working women. Even in the section dealing with Fundamental Duties, it is has been stressed that it is a duty of every citizen of India to renounce practices derogatory to the dignity of women.

Many judicial decisions to restore the dignity of women, to protect their rights by providing them share in the family property, have been taken. Laws have been implemented for their liberation from cruel practices such as bridge burning for dowry, wife beating, sati etc. Prohibition of female infanticide, foetouscide, discrimination against girl child and child marriage’ nearly all form the text of the Directive Principles of State Policy, are measures that can certainly assist in improving the status of women.

It is through the 73rd and 74 Amendment Act, 1991-92, with an aim to empower women, reservation of one third of seats in the Panchayats and Municipalities has been made. There is a similar proposal, pending in the Parliament, for reservation of seats for them in Parliament and in the State Legislatures.

It has been emphasized by many analysts of the Constitution of India that the Directive Principles of State Policy are in the form of holy wishes having no legal sanction behind them; government is not bound to implement them, etc. However, it can be claimed that these Directive Principles are completely useless as they have their own utility and importance. DPSP  are like a Polestar that provide directions. Its basic aim is to persuade the government to cater to the general people social and economic justice in all spheres of life.

In fact, no government can afford to ignore the instructions of the DPSP as they are the reflection of the public opinion and along with this they also reflect the basic spirit of the Preamble of our Constitution.