My account
Get into your account.
LoginRegister
Plans
Home Current Affairs Earth Day and The Paris Agreements 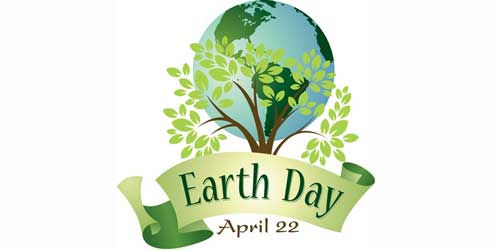 On Earth Day, celebrated every year on April 22, events are held worldwide to showcase support for environmental protection.

Earth Day, initiated in 1970, is presently coordinated globally by the Earth Day Network and celebrated each year in more than 193 countries.

The Earth Day Network’s mission is to widen and diversify the environmental movement across the globe and mobilize as the most potent vehicle for preparing a healthy, sustainable environment, handling climate change and shielding the Earth for future generations.

The Earth Day Network, leading up to the celebration of the 50th anniversary of Earth Day and stressing the theme of this year, has fixed a target of planting 7.8 million trees in the next five years. Elaborating on the importance of planting trees the United Nations (UN) on the International Day of Mother Earth website describe that trees help to combat climate change as they absorb excess CO2 that is harmful to the Earth’s atmosphere. In fact, in one year, an acre of mature trees absorbs the same amount of CO2 produced by the average car 26,000 miles. In 2009, The UN General Assembly, via resolution no. A/RES/63/278, designated April 22 as International Mother Earth Day.

Must Read: Encroachment as Worship Places Insult to God: SC

As this year’s Earth Day coincides with the ceremony of signing of the Paris Agreement on Climate Change, a historic meeting is to take place on April 22. In this meeting all 155 countries, who have committed to sign the Paris Agreement are going to participate at the headquarter of the United Nations (UN) in New York.

This year’s International Mother Earth Day is considered historic as Ban Ki-Moon has invited the Governments to sign the Paris Agreement. Extending the invitation Ban Ki Moon said, “The world now has an agreement on universal, equitable, flexible, and durable climate our task is not over. In fact, it has just begun in 2016, we must move from words to deeds. The signing ceremony of the Paris Agreement, this April 22 is an essential step”.

After the completion of the Friday event at the UN headquarters, the period for signing the Agreement will remain open for one year so that all parties sign to validate the Paris Agreement and to ratify it.

Commitment of the Paris Agreement

The countries signing the Paris Agreement must also submit a proposal plan for actions for the Agreement to be effective.

The Paris Agreement on Climate Change, that is basically related to the Mother Earth Day, will become effective on the 30th day after the date on which at least 55 parties, that cut at least about 55 per cent of total emissions of greenhouse gases, have attained the full requirements under the Paris Agreement.